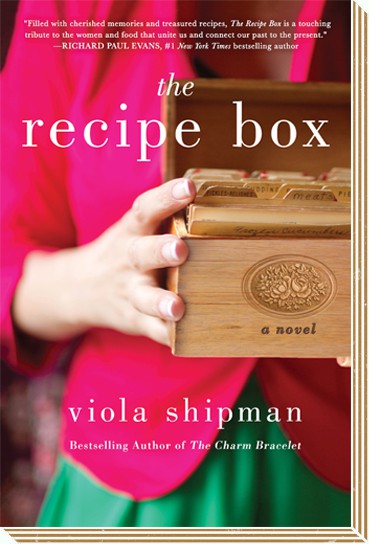 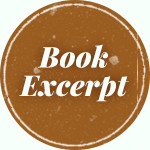 Alice washed her hands in the kitchen sink, looked out the window, and smiled.

The last of the day’s light filtered through the brightly colored leaves of the sugar maples and sassafras, basking the kitchen in an otherworldly glow. One good storm off the lake, one sweeping windstorm, and the leaves would be gone, the trees would be bare, the orchard’s twigs and limbs just silhouettes, the land ready to hibernate once again.

But, for now, she thought, the leaves remain.

As do the apples.

Alice could see two figures moving in the orchard.

“Leo,” she whispered to the kitchen window, unconsciously twirling her wedding ring. She watched the dog circle the man, its tongue and tail wagging. “Oh, Mac,” she laughed.

The angle of the sun cast their shadows down the hillside, their silhouettes making them look like giants. The man held a basket, and when he reached to pick an apple, the light made it seem as if he were hugging the tree, caressing its limbs, saying good night.

Just like he does with me, Alice thought, leaning even farther to look out the kitchen window.

Alice could feel the chill in the approaching night air creep through the gaps in the windows and the chinks of the old logs.

And as Mac circled Leo in delight, his barks echoing through the orchards causing birds to scatter, Alice turned on the oven to preheat.

She pulled a carving knife and pastry blender out of the kitchen drawer as well as a baking dish and a red speckled enamelware bowl from the cupboard. Then she arranged flour, sugar, and cinnamon on the old wood counter. She opened the refrigerator and reached for the butter.

Her husband came through the door and handed her a basket of apples. “You don’t have to do that,” Leo said, looking around the kitchen, seeing the items lined up on the counter. His smile, however, belied his words.

“OK then,” he said happily. “I’ll build a fire. Getting chilly.”

He started out the door with Mac, then turned and said, “We make a great team, don’t we?”

“No,” he said. “We made it through the Depression somehow, this orchard intact. We’ve been married over thirty years.” He stopped. “We complement each other, bring out the best.”

This time, he laughed. “Yes, like cinnamon and sugar.”

He and the dog went back outside, and Alice began to peel and core the apples, her knife pirouetting in quick circles, leaving curlicues of bright red and green skin in the bowl. She sliced and diced the apples, then started her topping.

She worked from memory. The recipe was ingrained in her mind. She had been taught by her mother and grandmother. This dessert was the family’s favorite, the one everyone requested while the apples were fresh, ripe, and just off the tree.

But now everyone is gone, Alice thought. On their own, leading their own lives. She stopped. Away from the orchard.

As she tossed the apples in sugar and cinnamon, she no longer saw her hands but those of her mother and grandmother: knuckles that were beginning to resemble the sassafras trees out the kitchen window, the skin more and more like waxed paper. Alice didn’t like the look of her aging hands, but today she appreciated their beauty, their imperfections, their character and history.

How many times have I made this apple crisp? she wondered as she continued, not bothering to measure, just going by instinct: a dash of this, a little more of that, eyeing the topping to ensure it resembled little pieces of gravel, not too big and not too small. She stopped for a moment and did some quick math in her head: What, ten times a year multiplied by forty-six if I started baking at ten? Four hundred sixty times? How many times will I make this before . . . ?

The thought ended as her husband came rushing back into the house carrying an armful of wood and twigs for the potbellied stove.

She finished the dessert and slid it into the oven, setting an old timer on the counter. Within minutes, the scent of apples, cinnamon, and sugar filled the little cabin.

“Smells good,” Leo called from the front room, where he was sitting in his favorite chair by the stove, the dog curled up on a blanket in front of the fire. Mac lifted his nose and sniffed the air. “He thinks so, too.”

“The dog knows his apples,” Alice laughed. “He should. He’s named after one.” She smiled at her two boys, their noses twitching with excitement.

As Alice washed dishes, the sun slunk behind the orchard, and the world was quickly cast in darkness. The thought she hadn’t finished moments ago came rushing back into her mind as she studied the soapsuds on her hands. Suddenly, she flicked bubbles from her fingers, grabbed a dish towel to dry them, and pulled an index card and a pen from a kitchen drawer. The card said RECIPE at the top and was adorned, appropriately enough, with little apples. She had received these as a gift from her church and had kept them forever but never used them.

She steadied her hand and began to write, her hand dragging over the wet ink as she imparted the secrets that had never been divulged before:

A big smile engulfed her face, and she added an exclamation point at the end, giggling at the audacity of it.

And then she wrote, step by step, ingredient by ingredient, her beloved family recipe, adding her own directions: May call for a few more dashes of cinnamon, or If apples are especially tart, add another quarter cup of sugar.

When Alice finished, she realized her handwriting was the same as her mother’s and grandmother’s—same slant, same formal Fs, and Qs that looked like the number 2. Again, she smiled and, as the timer went off, she gave the index card a little kiss.

She put on an oven mitt featuring a few scorch marks and poked the crisp with a toothpick. It came out clean, and she smiled.
Perfect, Alice thought.

She pulled the dessert from the oven, set it on top of the oven to cool, and started in on some homemade whipped cream, adding a dash of vanilla and whipping it until it formed a soft peak and was as pretty as a cloud on a northern Michigan summer day. Alice dragged a finger through the whipped cream and tasted it, and then did it again just for good measure, accidentally dropping a dollop onto the index card, the fat from the heavy whipping cream leaving an immediate circular stain in the middle.

No, she thought, trying to clean it off. Too late.

Alice shook her head and grabbed two plates and a spatula to cut the crisp. She placed a big piece on her husband’s plate, the apples steaming and sliding to the sides, before topping it with whipped cream, which began to melt as soon as it hit the hot dessert. She made a second, smaller plate for herself and then joined her husband by the fire.

Leo dragged his fork through the crisp, shut his eyes, and smiled like a child.

Alice took a bite, sat back as the plate warmed her hands, the fire warmed her aching body, and the apple crisp warmed her soul, and watched her husband finish his dessert.

That is the thing about baking, she thought. You bake for someone because it is familial and familiar, new yet ancestral, a way of connecting generations.

Mac sighed and rolled onto his side. Leo lifted a fork filled with apples and streusel topping to his lips and again shut his eyes.

You bake for someone because it is an act of love, she thought.

A few days later, Alice walked into the kitchen after a day of working the orchard and raking leaves to find a small wooden box sitting on the kitchen counter. The wood was shiny and new, and it smelled as fresh as the outdoors. On the front was carved RECIPE BOX.

“I made it for you,” Leo said, startling her. He walked over and picked up the recipe card that was still sitting on the counter and slid it into the box. “See? Fits perfectly. A place to keep your family recipes.” He stopped and smiled, pulling a key from his pocket.

He continued: “I added a lock, just so you can keep them a family secret. Here you go,” he said, handing her the key. “All yours.”

Tears filled her eyes, and Alice grabbed her husband and held him tightly, the wool from his jacket tickling her face.

“Everyone’s gone from here,” she said. “Just us now. This orchard. And these memories.”

“Anyone with a heart and a family,” Leo said. “Our family.” He stopped and said in a hush, “Anyone who wants to remember.”

“Remember what?” she asked.

“You,” he said, his voice husky with emotion. He kissed her cheek. “Better get busy.”

For the next few weeks, Alice wrote every recipe she could remember and filled the box with cards. She added the key to a necklace she wore around her neck, just to keep it near to her heart, and locked her recipe box up every night to keep her secrets safe and sound.

One night, her husband brought in the last batch of apples, and she made another crisp.

Alice guessed it was not only the 461st crisp of her life but also the best one she’d ever made.

It would be her last.